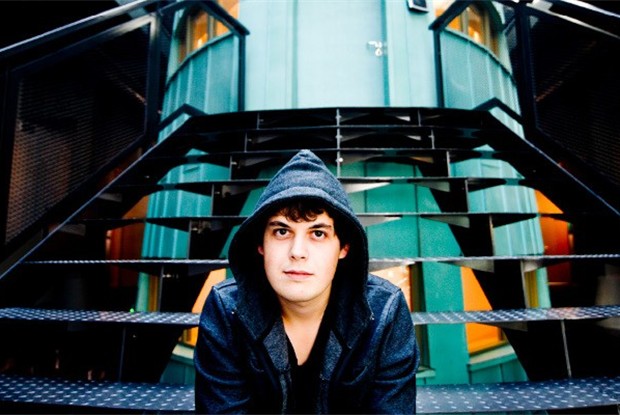 Recently I had a dinner with Davy Kestens in the center of Brussels, close to the Betagroup Coworking space. In case you don’t know Davy Kestens, he is the founder of Twitspark, a promising startup. He raised 1,1 million dollars recently in order to accelerate growth. Some people might think that Davy woke up on a beautiful day, had a great idea (Twitspark), contacted some investors, got funded, and is now having parties all day in his office in San Francisco, watching his bank account in the morning with more money than the evening before. This might be the case for some, but as with 99% of all true entrepreneurs, there is no such thing as an overnight success and no such thing as “being lucky” or “having THE idea”.

This blog is not about the (to be) success of Twitspark, but about how Davy got where he is now, age of 24, CEO of a promising startup in San Francisco.

Just like most true entrepreneurs, Davy was born with entrepreneurial genes. Those people are constantly thinking: “how can I create real value, not fake value”. He never got super high scores at school. Why should he? At the end of the day, whether you have top scores or average scores, the output is the same: you graduate. Aiming for the “good enough” is OK, perfectionism is an illusion that keeps you from achieving results and go forward. Davy preferred to spend his time selling sweets in school during lunch break instead of aiming for high grades. At the end of his school career, he graduated, made money and learned how to sell things, while most people just graduated and studied hard.

Like a typical young entrepreneur, Davy always had some side businesses, after school or after his work as an employee. Entrepreneurs will recognize this in their own behavior. Out of passion and from deep desire, you can’t resist to build a business. You start building websites at young age, you organize events, you buy and sell cars or do something else in your free time. For Davy, this first entrepreneurial experiments came in many forms. He launched runaddicts.net, a community site for runners. He launched “Slicejobs”, a HTML slicing market place [Read here about why it failed]. Then came Ghostbloggers, a platform to buy and sell blogposts. Editors can sell their writing skills and time, business owners gain time by buying unique content. Here is the thing: time after time, idea after idea, business after business, Davy learned. Just as you can only learn how to ride a bike by driving it (not by reading books or studying), so you can ONLY learn entrepreneurship by acting. Doing. Making mistakes. NOT by thinking or brainstorming. Not by getting a high school degree. Get your hands dirty, and you’ll learn from your mistakes.

Over time, Davy realized more and more that solving problems was the key. Solve someone’s problem, and they’ll be happy to pay you. Don’t invent a solution for an imaginary problem. Solve real, day to day, pain in the ass problems. Davy solved his own problems, and realized that other people must have the same problems. When growing runaddicts.net, a content driven website for runners, Davy needed fresh and good content regularly. But he didn’t always have the time to write. It took time, effort and inspiration to come up with fresh and unique content every week. More time than Davy had. He had a problem, a pain. It frustrated him. So he created a marketplace to buy and sell unique blog content. Ghostbloggers was born. It started growing, since he was not the only one with this problem. People started using it, had questions, and used Twitter to ask questions. Davy started to answer his users via Twitter. But as Ghostbloggers took off, supporting those users and answering questions via Twitter became a ANOTHER PAIN in the ass. Davy looked for a good tool that could solve this…and didn’t find anything. BAM. That smells like another pain that others must experience too. That smells like an opportunity to create value. And to charge money.

Like every entrepreneur should do, Davy didn’t start coding. [Remember?] The very first thing he did was setting up a “one pager”, a “coming soon page”, explaining in a few words and screenshots what Twitspark does, and giving people the option to sign in for a newsletter when the app would be launched. He collected …trrrr…. over 2000 email addresses! I will write this again. It’s very important. Davy collected over 2000 potential users, before he wrote any single line of code, before he had a logo, before he had written terms of service, or before he went to see investors. [Remember?]

Given the 2000 email sign ups, Davy knew that this time it might be a bit bigger than usual. Given the attention and traction he had, given the many businesses and attempts he had made in the past, he felt a difference this time. He also realized that his idea was not super unique, in the way that there are many “social media monitoring” services, and the number of startups in this field is growing every day. Twitspark not a niche product, it’s a mainstream product where one could expect quite some competition. Becoming a reference on the market is key here. The first takes it all. Like Google is for search engines. Like Facebook for social networks.

Having an idea is one thing, taking action is another. So he went coding like crazy (after the collected 2000 email addresses). His plan was to have at least one customer, and then raise some capital. Funding was needed to become the first. To become a reference. And so Davy did. With his first client(s), he went searching for capital, and that went amazingly easy for Davy. Not because he woke up one day with a genius idea that was so amazing that angel investors from all over the world went crazy begging to fund him. But because of this whole background story that you just did read.  Because Davy could show 2000 potential customers, a few real customers. Because Twitspark is solving real problems for real people, and creating real value.